Translation: „Educating girls and boys together, also all in the altogether“; 1908;
read more …

You have to start with the youth […]. The biggest mistake, you could make, was the separation of girls and boys during school lessons; of course, this was done in order to save morality. It seemed to be completely overlooked, that children not only played together in a completely natural way before they entered school, but also had things in common during the school years at home with siblings and also outside with other children. Why this separation in school, which is not possible outside school? Doesn't this raise concerns for children between the ages of six and eight?“

Some pedagogues founded schools in the context of reformed pedagogics, which at the beginning of the 20th century was intending to give a modern answer to the encrusted structures of school in the Wilhelminian and Victorian period. They introduced the participation of the pupils for the first time, both concerning the teaching contents and the rules of coexistence at school. Often, the co-educative, exercise of the sport in the nude and naturist activities in the spare time played a role, too.

For Germany, we have to mention essentially the Lichtschulheim Lüneburger Land (LLL) in the Lüneburg Heath near Glüsingen. Walter Fränzel founded and managed that school. It existed from 1927 to 1933 – then the Nazis put an end to the project. The educational concept emphasized friendly contact between teachers and pupils, physical training through much sport and leisure time in nature.

Compared to other schools (where one practised only the sports lessons in the nude), one lived out the naturism in a particularly distinctive manner at the LLL: Once the temperature allowed, one was nude together at school and in the surrounding area. Today, the Lichtheideheim is a naturist holiday resort with camping facilities. 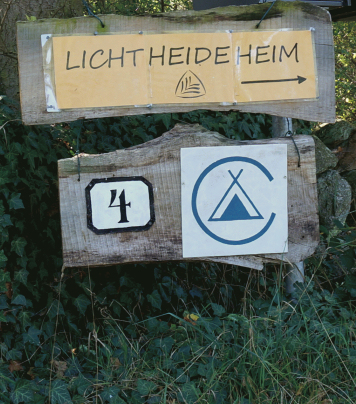 In England, Summerhill School, was founded by A.S. Neill in 1921 in Suffolk. Here, a steering-committee equaly composed of pupils and teachers – the first real school democracy – determined all the details of school life. The instruction was voluntary. Summerhill School exists to this day.

At Beacon Hill School, which the mathematician and philosopher Bertrand Russell founded together with his wife Dora in 1927, sports lessons were given in the nude. The libertarian, progressive school should convey rational thinking. After the separation of Betrand Russell in 1932, Dora Black headed the school until 1943.