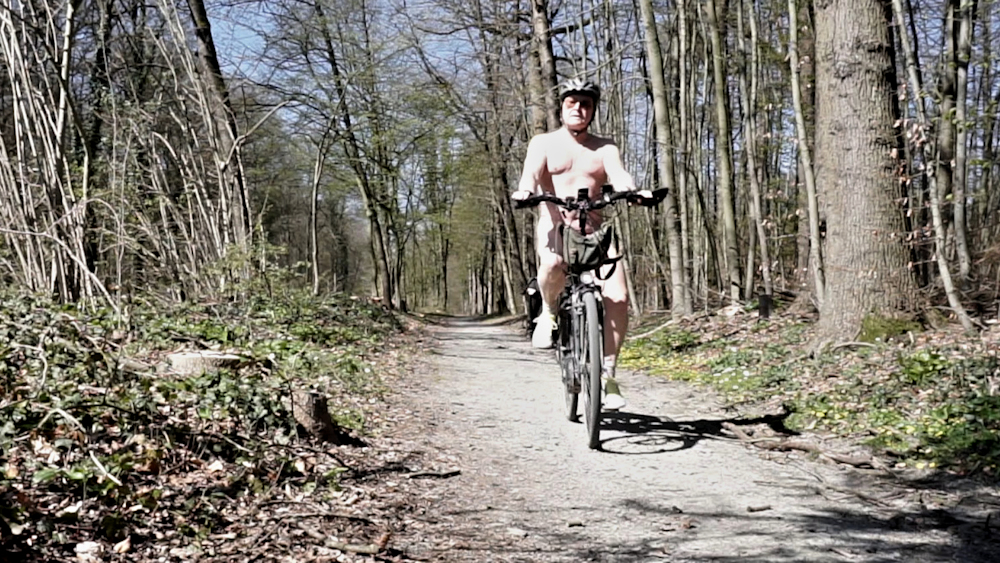 Nude cyclists are like fresh green: After the long, barren winter, they jump out of their clothes on the very first warm day of the year – directly onto the saddle. As a cyclist, you always generate your own wind, the headwind. That's why it's good to cycle in the nude, if it' s a few degrees warmer. Last Monday, the time had come: The thermometer at the handlebar showed more than 25°C air temperature, so that the first nude cycling tour of the year could start under a cloudless sky.

There were only a few other cyclists on the paths in the southern Münsterland region, with whom I could exchange 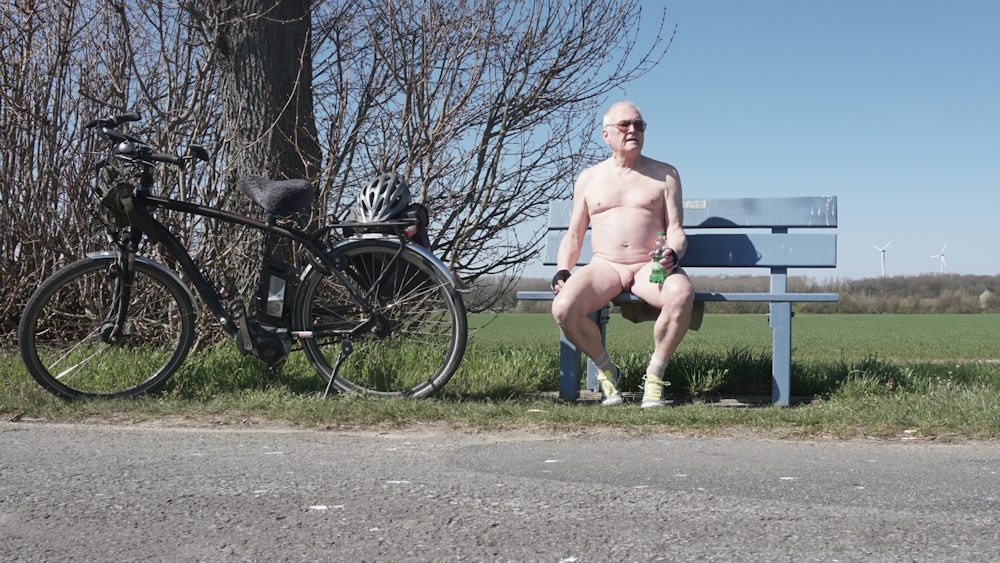 a friendly greeting. Cars were even rarer. I did not meet any pedestrians at all. A few times, I stopped by the side of the road to let a tractor pass by – the farmers are at work, while I was only out on the road for recreational fun. No working man should have to wait for me there. Remarkably many of the tractor drivers became noticeably slower as they drove past, turned their heads towards me, and waved back intensively.

In front of a farm, a group of children with all kinds of playground equipment played on the property. The boy on the climbing tower had the best view and shouted: “Look, a nude cyclist!”. And a moment later, there was a many-voiced, happy children's laughter, which sounded behind me for a while. That must have been a successful child amusement in times of Corona-related restrictions!

After a good 25 km, I reached the town again, after chaffinch, skylark, titmice, and other spring singers had accompanied my tour through woods and fields. However, numerous wagtails came much closer to me in the country, which was criss-crossed by ditches and brooks. A successful start to the season!