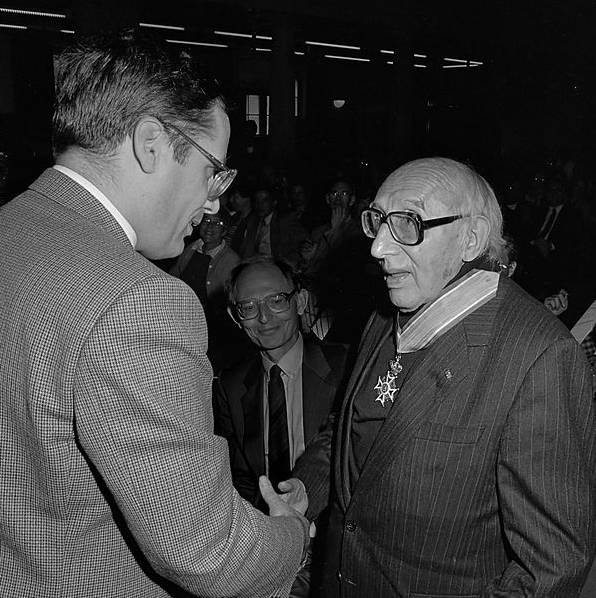 “[…] Norbert Leo Elias (* 22 June 1897 in Breslau; † 1 August 1990 in Amsterdam) was a German-British sociologist, who lived mainly in England and the Netherlands since his emigration in 1933. He became a naturalised British citizen in 1952. Unnoticed for a long time, his work has been widely recognised since the 1970s. His name is associated with the terms ‘figuration" and ‘process and figuration sociology", which denote a methodological reinterpretation of sociology in connection with Karl Mannheim. His work ‘Über den Prozess der Zivilisation’ [en: ‘About the process of civilization’] from 1939 (new edition: 1969/1976) is considered one of the most important works of sociology in the 20th century.
The habilitation thesis had already been submitted […] when, in March 1933, at the beginning of the Nazi regime, the Institute of Sociology was closed and Elias' habilitation procedure was also discontinued. It was not until 1969, however, that the paper was published in a modified form under the title ‘Die höfische Gesellschaft’. Elias went into exile as early as 1933, first to Paris, then to Great Britain in 1935.
From 1954 to 1962, Elias was a lecturer at the newly founded Department of Sociology at the University of Leicester […] Since 1978, he had his permanent residence in Amsterdam and was a visiting professor at various German universities (Aachen, Münster, Bielefeld). Only now – and especially with the success of the paperback edition of ‘Über den Prozess der Zivilisation’ (1976) – has Elias' work been perceived and recognised in Germany. […]”
– Source: “Norbert Elias”, 2017, translated, layout modified byy the author 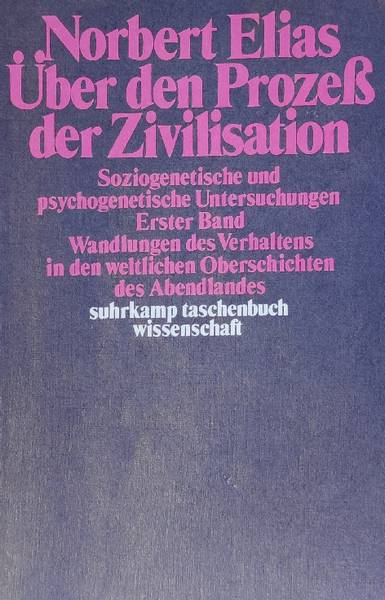 “The five volumes of ‘Myth of the process of civilization’ by Hans Peter Duerr refer to the two-volume work ‘About the process of civilization" by Norbert Elias, which he published as early as 1939, but which did not receive widespread attention in scientific discussion until the 1960s and 1970s. It went down in history as the first work which established a closed theory of the development of civilisation, and the recognition and belief that Elias had formulated a universal theory of civilisation was correspondingly broad.
However, Elias himself had stated, that he had based his investigations on the development in Western Europe in the period from about 800 to 1900 AD. From this it follows, of course, that the theory he developed was only proven for this period and this geographical area. In fact, it was Hans Peter Duerr, who, with access to a much more comprehensive source material – both with regard to time and geography – proved that Elias' conclusions were not transferable to other times or to other cultural areas, but that the ‘directed process of civilisation" described by Elias is a myth.
Nevertheless, the developments in Elias' work for the Western European area in the period from about 800 to 1900 A.D. are quite exciting to read, such as the theory of shame contained therein, so that Elias' standard work is recommended for reading here.
About the dispute between Elias and Duerr and the different approaches of both authors there is another very instructive article by Axel. T. Paul, ‘The violence of shame’ (PDF), 2.99 EUR. The same topic is covered in the article ‘Über den Prozess der Zivilisation (de.wikipedia.org)
The long-term transformations of social and personality structures are the central theme of Norbert Elias' work. How did ‘civilisation’ proceed in the Occident? What did it consist of? What were its drives, its causes, or its motors? Elias' work is neither a study of ‘evolution’ in the sense of the 19th century nor a study of unspecific ‘social change’ in the sense of the 20th century; his work is fundamental to an undogmatic, empirically based sociological theory of social processes.”
– Source: “Über den Prozess der Zivilisation, Band 1” (buecher.de), 2017