Many artists around the world integrate nudity into their work on stage or perform in the nude. Some of them raised our attention watching them on stage, by browsing the Internet, and during “Body And Freedom” festival, which Swiss artist and organiser Thomas Zollinger conceptually developed and ramped up 2015 in Biel / Bienne, Switzerland.
Video platforms tend to enforce a personal account and a log-in for some videos, so that it might be no longer possible, to show them embedded.

“Sigur Rós is an Icelandic rock band founded in Reykjavík in 1994 and is one of the most famous representatives of post-rock.
The band Sigur Rós was founded in 1994 by Jón Þór Birgisson (Jónsi), Georg Hólm (Goggi) and Ágúst Ævar Gunnarsson. On the day, the band was founded, Jonsí's sister was born, who bears the name Sigurrós and thus became the name giver for the band.”
– Source: “Sigur Rós” (en.wikipedia.org), 2020, translated

Some of Sigur Rós' works refer partly to natural nudity: The front cover of the album “Með suð i eyrum við spilum endalaust” of 2008 shows some nude obstacle course runners crossing a guardrail and a country road. On it is the track “Gobbledigook”. There is also a music video: 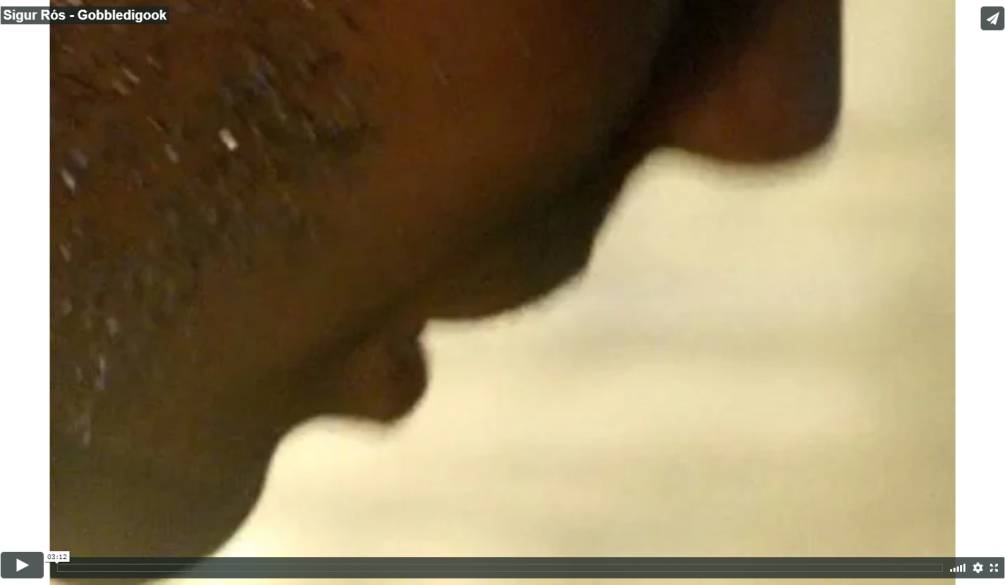 “The video for ‘Gobbledigook’ was released on 27 May 2008 on sigurros.com. It was filmed in May 2008 by Arni & Kinski, who have previously directed the band's ‘Glósóli’, ‘Viðrar vel til loftárása’ and ‘Hoppípolla’ videos, as well as collaborating with Ryan McGinley, whose recent work has been used as the cover art for ‘Með suð í eyrum við spilum endalaust’ and the consequent singles. Cinematographer Christopher Doyle shot the video.
The video shows a group of 10 or so young adults participating in nudism or naturism.”
– Source: “Gobbledigook (song)” (en.wikipedia.org), 2020, layout modified by author