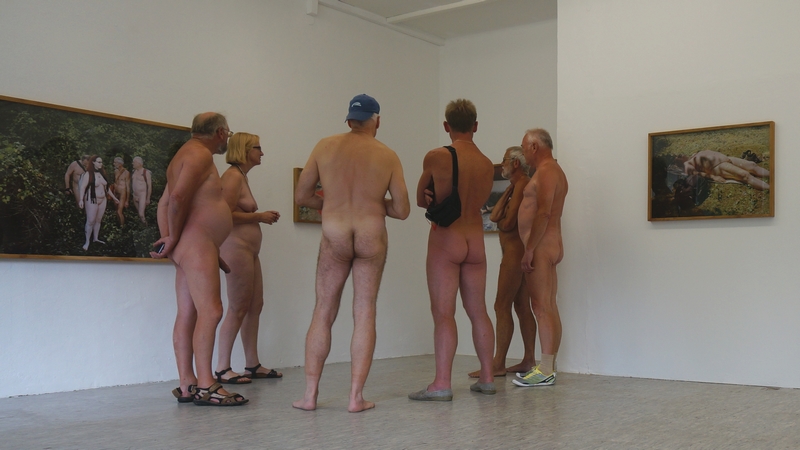 In the exhibition of the students' works

Our photographer of nude hiking, Julia Gaes, made it: With the result very good, she finished her studies at the University of Applied Sciences for Design in Bielefeld. Four years ago, she contacted naturists in the Münsterland via natury.de and took the first photos of nude hikers in autumn of 2014 as part of a semester project “Hautnah” [en: “Very close to (the skin)”]. Already these works were a success. Julia continued to accompany naturists in Münsterland during the following years, 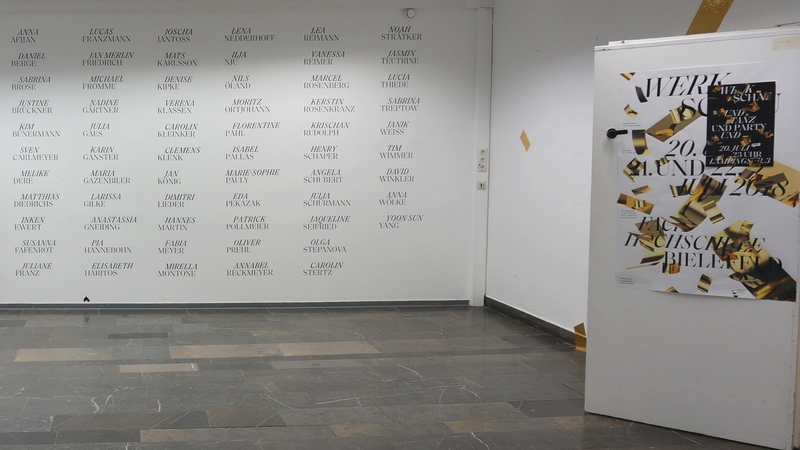 and that not only while hiking.

She also photographed other naturist activities such as biking, skittles, greenfield games, celebrations, and festivities, portraits and milieu studies, that show naturists in their apartments during naktivities or in a reclining seat. She has compiled a varied selection for her examination and now also was showing her work during a three-day exhibition (Fri to Sun) in the University of Applied Sciences. Six naturists had gathered and continued the tradition of being nude watching the exhibited photos – some of which also depicted them themselves. Julia's target group had of course long ago got around to the University of Applied Sciences. Then, the group of nude rubbernecks also visited the neighbouring exhibitions of her fellow students – and was welcomed everywhere “like old friends”.

Julia has set herself the new goal of a Master's Degree and will continue her studies – and she will certainly remain true to the naturists, albeit perhaps with a different regional focus in the future. We wish her all the best and much success!