Surely, painting the body and wearing jewelry is much older than clothes. Indeed, clothing has developed from jewelry. The still existing indigenous peoples in Africa apply this practice both on special occasions and in everyday life, although they otherwise live nude or almost nude. Necklaces or rings around the neck or even bracelets worn on the wrist is an ancient use of ornamental utensils. The painting with geometrical figures or with color often requires a complex procedure and care from the production of the colors to the application and the creation of the patterns, for which two partners usually find themselves to adorn each other.

Among indigenous peoples, particularly striking pieces of jewelery and the most elaborate paintings are attributable only to the socially particularly prominent members of the tribe. This practice has certainly been developed very early in the history of mankind. 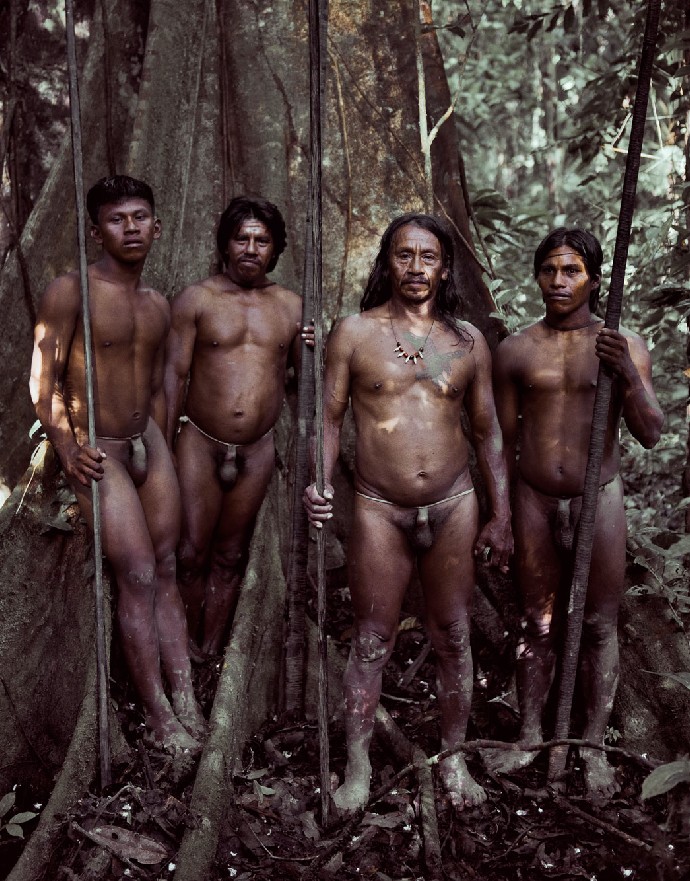 <
The highest in rank wears a collar with animal teeth,
his adjutant a simple collar. Source: Usenet

Ethnology assumes, that intellectual development of people had progressed approximately around 100,000 years so far, that they began to establish rituals and to provide them with meaning – the first steps towards the development of human culture.

Such rituals also involved special people, who kept and communicated the contents of the rituals, and of course developed them further. These special people – in historical cultures called medicine men, shamans, or rainmakers – were, of course, those, who distinguished themselves from “normal“ people by their knowledge, skill, and prudence. Of course, the desire to strengthen and emphasise their special position by means of external characteristics such as special jewelery also quickly developed.

You could distinguish yourself i.e. by a special painting on the skin, the insertion of a bird's feather into your hair, or the wearing of an animal tooth attached to a collar. The jewelery was invented and developed immediately as status symbol of the elite! 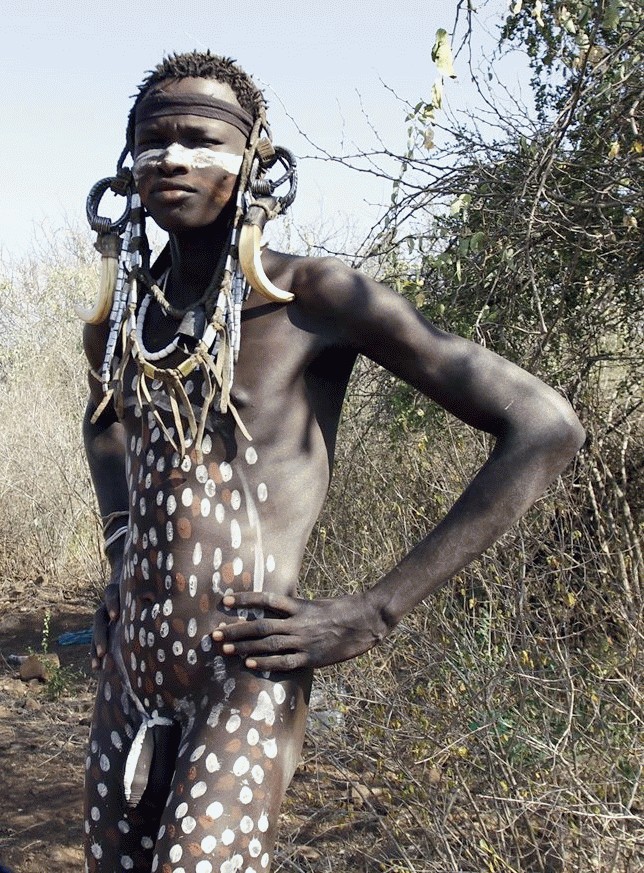 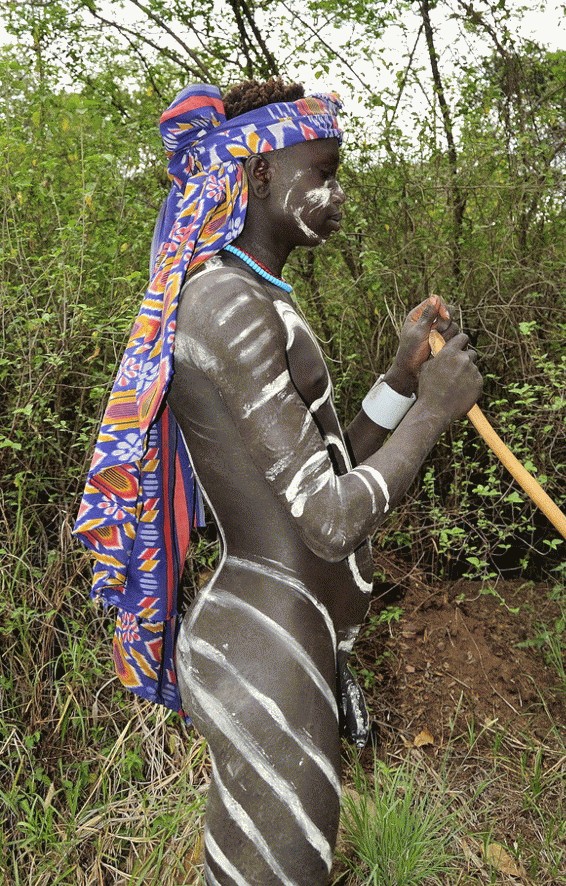 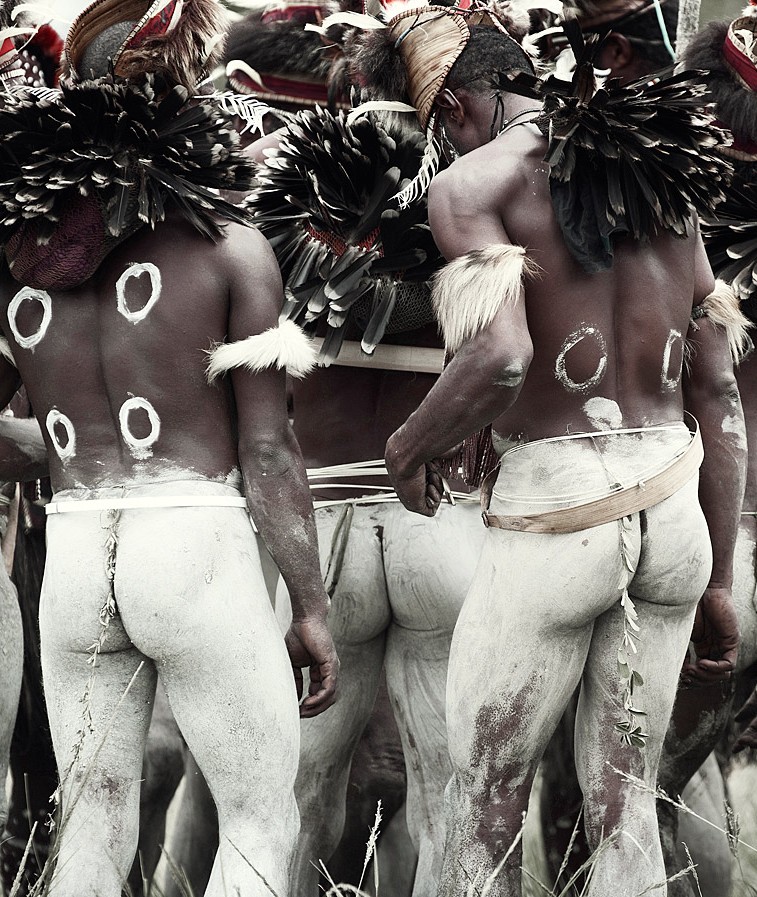 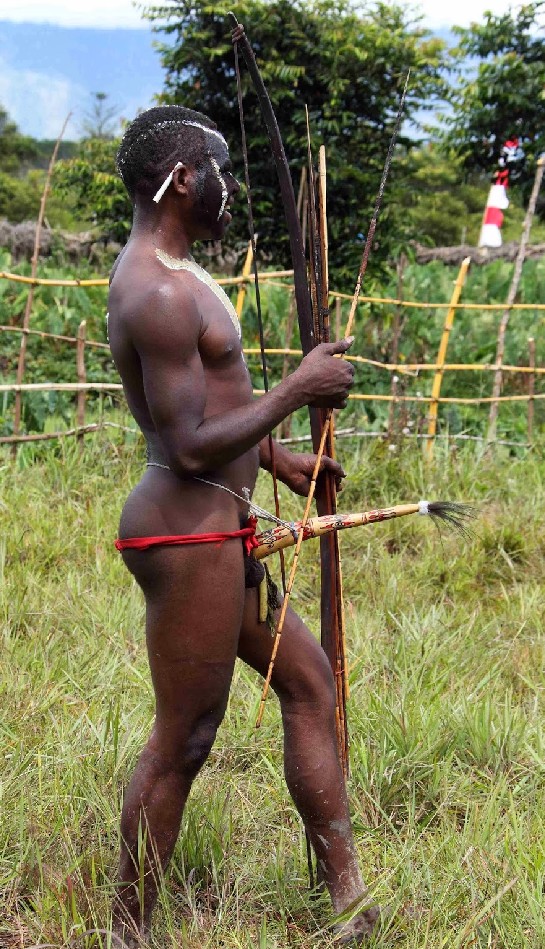 Painted and adorned with animal teeth, a chain of pearls, feathers in the hair, or a painted penis sleeve. Source: Usenet