53 km and some local highlights along the route

Davert is the largest contiguous forest area in Münsterland, which until approx. 1800 was nearly always wet and foggy and was considered scary and dangerous. Afterwards, people started digging ditches for drainage. 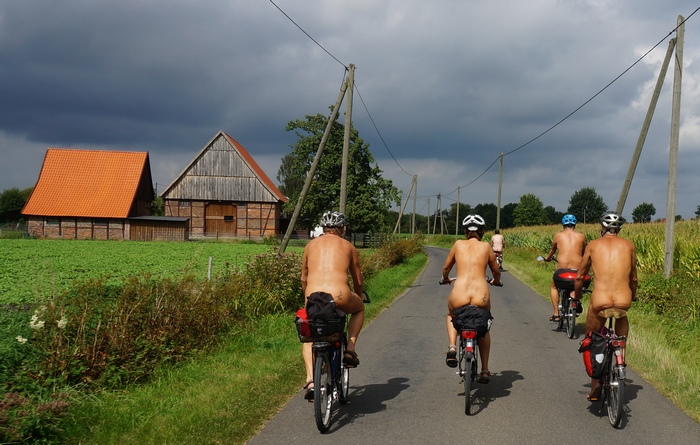 Biking in the buff

The start of the bike ride along the Dortmund-Ems-Kanal [en: Dortmund-Ems Canal] was a little bit cool at 19°C, and occasionally even some drizzle. After lunch, however, as promised, we had sunshine and the temperature rose to more than 25°C.

Among the highlights along the route were objects as diverse as a beautifully designed private chapel at a manor, the 200-year-old Teufelseiche [en: Devil's oak], the ammunition dump, that caused the British Air Force to bombard the area in World War II, and a tower house with loopholes (an old knight's seat) or a fortified house with brick walls 1.5 m thick.

At the end of the tour, we strolled in the nude through Venner Moor and then had dinner with delicious Westphalian broad beans (bot.: vicia faba) in the restaurant Zur Davert in Davensberg.